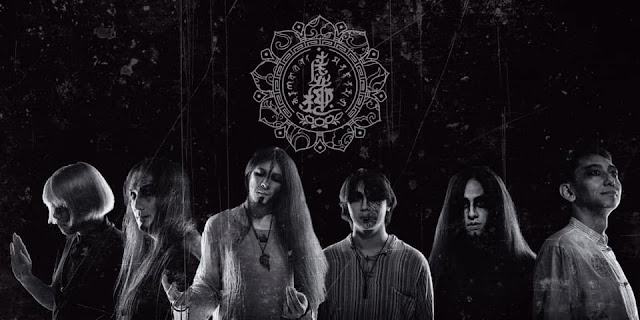 Two years ago Bliss-Illusion released its first album Shinrabansho, revealing the world a Buddhist-influenced post black metal. Since then the band has forged quite a reputation among the metal scene, blending traditional Chinese instruments within black-metal style. In January 2019 the EP Leave Abhassara​-​Deva was released, this one showing once again a great musical wealth from this Chinese band. Scholomance Webzine therefore approached Dryad (singer) and Xiao (guitarist) to learn more about this project.

How was the project Bliss-Illusion born? What is the meaning of your band name? And how did you all meet each other?

Xiao: Chinese name 虚极（xu ji) is a word in ancient books《道德经》（TaoTeChing），This word represents a state similar to the direct state of unreal and reality.. But the English name “Bliss-Illusion” is that it took us a long time to decide that these two words are probably the most appropriate ... And. Yes, we are all old friends. We were in different bands. Different music styles... then one day we sat together. We decided to play a different music, and the journey of exploration began.
Since the release of your first album Shinrabasho, you have made a good reputation in the black metal scene. Did you think it would take on such a scale? How do you feel about all these very good reactions from this international audience?

Dryad: My album can be heard by people all over the world, which is due to two people: the first one is my guitarist Wang Xiao. Although he and I have been responsible for the creation of the band, he has really paid a lot. The recording and arrangement of the first album are all done by him alone, and I really love him. The second one is my good friend William. He has been helping my band. I really appreciate him. And then I'd like to thank every friend who supports us.

Xiao: Thanks to the world. This is an imperfect album. Ha ha. Bad recording and mixing. I try to show my ideas through limited devices. I'm happy there are many people like it.

Your music is not only based around black metal but offers many other sounds, coming from very different musical universes. What are your major musical influences?

Dryad: I really love the black metal culture. When I was very young, I was fascinated by Romanticism and mysticism. In the end, I found out that black metal is a great music. I just think this mystical music style is really great if it can be integrated with romanticism. My two favorite artists are Dante Alighieri and Jónsi (Sigur Rós).

Xiao: We have integrated our favorite music styles, such as black metal, Blackgaze, Post rock, Atmosphere, etc...In fact,..we don't know how to define our music style. The media has given us a lot of music style labels, which we readily accept.


In regard to your inspirations, it is very clear, through your music and your words that Buddhism has a predominant place in your work. Could you tell us more about that? Through this musical project, do you want to spread the teachings of Buddhism in a way?

Dryad: I just want people who hear my music to feel calm and warm, but I really don't do a good job. I need to work hard.

Xiao: Yes. There is a Buddhist atmosphere in the Music. We don't want to spread the meaning of religion and Buddhism. It more like philosophy. Some of our lyrics are from ancient books and scriptures. I'm sorry that it's hard for us to translate it. It contains some cosmology, values, blessings, exorcism, heaven and hell.

What is surprising is that traditionally black metal is more related to the theme of Satanism in the Catholic religion. Do you stress some darker subjects and aspects of Buddhism through your music?

Dryad: The early black metal was really full of dark color, which also fascinated me at that time. But I have found a belief that belongs to me, and it makes me feel warm and peaceful, so I am grateful for my life now. I personally think that only the songs "Naraka" and "The age of the last Dharma" in my works are full of sadness and gloom. I don't have much to say about this. I hope we can cherish our life.

Xiao: We not only include Buddhism, but also Taoism and Confucianism. These thoughts are closely related to the Chinese people. So we are not black metal in the traditional sense. I want to express some religious philosophy more in line with the traditional Chinese consciousness. But we still like black metal music very much... It affects us deeply in music.

You recently released an EP "Leave Abhassara Deva" where you collaborate with the artist Laang. Could you tell us a little about this collaboration?

Dryad: I don't know Laang personally. He is a good friend of my guitarist. Of course, I'm very happy that we can work together. Finally, I wish Laang all the best. Thank you.

Xiao: He is a good friend from Taiwan. We are very happy to cooperate with him. He cover the Erhu Version of the song. It sounds amazing，I hope you can also listen to Laang.

Still speaking of this EP, can you tell people who are not too familiar with Buddhist beliefs what this title refers to?

Dryad: The song "Leave Deva abhassara" is mainly about a sad and happy story. The main character in the song is Tassi, who is a hero from my personal novel. His beloved person is Uni. Both of them are from a fairyland called the Northern Kingdom. In the Buddhist world view, the gods are in a high time and space, but they still can't get rid of reincarnation. Uni has successfully achieved the top level of wisdom (prajina) and compassion. At last, she left Tassi to go further, but she will guard Tassi everywhere until they meet again. In reality, I love my wife very much. She gave me a lot of love when I was in the most difficult time. She has always been my light. I hope we can meet each other in the next life or on a higher and farther road.

Xiao: It's up to Dryad. He's a lyricist.

You use traditional instruments in your music. What place does traditional Chinese music have for you? What do you think it brings to Bliss-Illusion?

Dryad: Music, a great "thing", is very sacred in ancient times. Ancient Chinese can use it to sacrifice, exorcise and heal. But now it has become a commodity for entertainment, which is the cause of our spiritual degradation! So our ancients are really great. They have also created many great and mysterious instruments. I will try to add more ancient instruments and notes to future works.

Xiao: There is a flute player in our band. (Li que) he makes our songs more artistic. He is a great performer of traditional Chinese music. Without him, I think the Bliss-Illusion concert lost its soul. Ha ha ha bless him.

Regarding concerts, do you think one day we will see Bliss-Ilusion playing internationally? (Apart obviously from the pandemic striking in this year 2020).

Dryad: We hope to be able to perform our music on the international stage. We hope that this year's epidemic will pass soon and that you will be safe.

Xiao: Yes, you will see. When we are ready to go, I hope you can come to live to feel the atmosphere. It's not felt in the CD.

I would like to hear your opinion on the music scene in general in China and on the black metal scene in particular. How is it evolving? Is it difficult to have a band and to earn a living by being a musician?

Dryad: I don't feel anything about black metal in China. I think it's really lucky for people who can survive by being a band, but I'm not in this group.

Xiao: Because we're not in the black metal circle... So, we don't understand. We can feel that everything is getting better. Everyone is improving. But it's still difficult.

With all that is happening in the world, how do you see the future? Are you pessimistic or do you think that humanity will see a light at the end of this tunnel?

Dryad: I will not easily comment and guess the future of the world. I just hope that everyone can take good care of themselves and their families and cherish what they have now.

Xiao: The world is bound to get better and better. I've always believed that.

Do you have a last word for our readers? A message to convey?

Dryad: I hope you can take good care of yourself and your family and cherish what you have now, because at some point in the future we will lose them. I don't hope that at that time we will feel sorry. I hope that we can afford the happiness we enjoy every day. Thank you.

Xiao: Thank you for loving my music. May we meet sometime in the future... the epidemic will eventually pass. Take care of yourself and your family. Best wishes to you ! 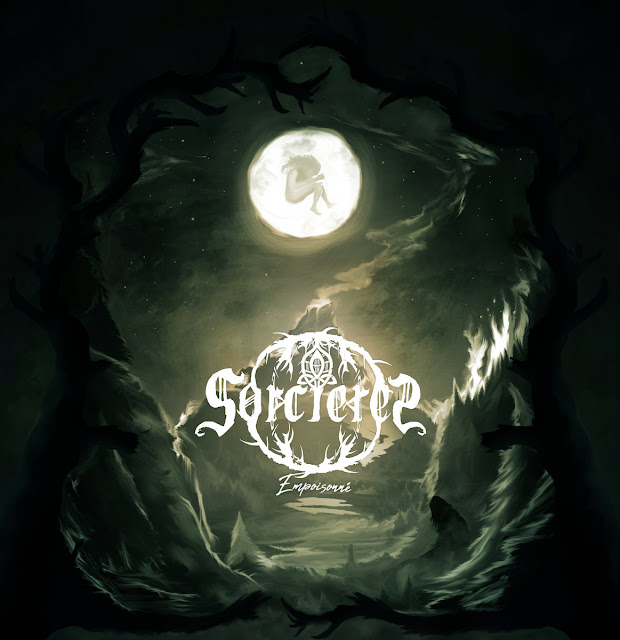 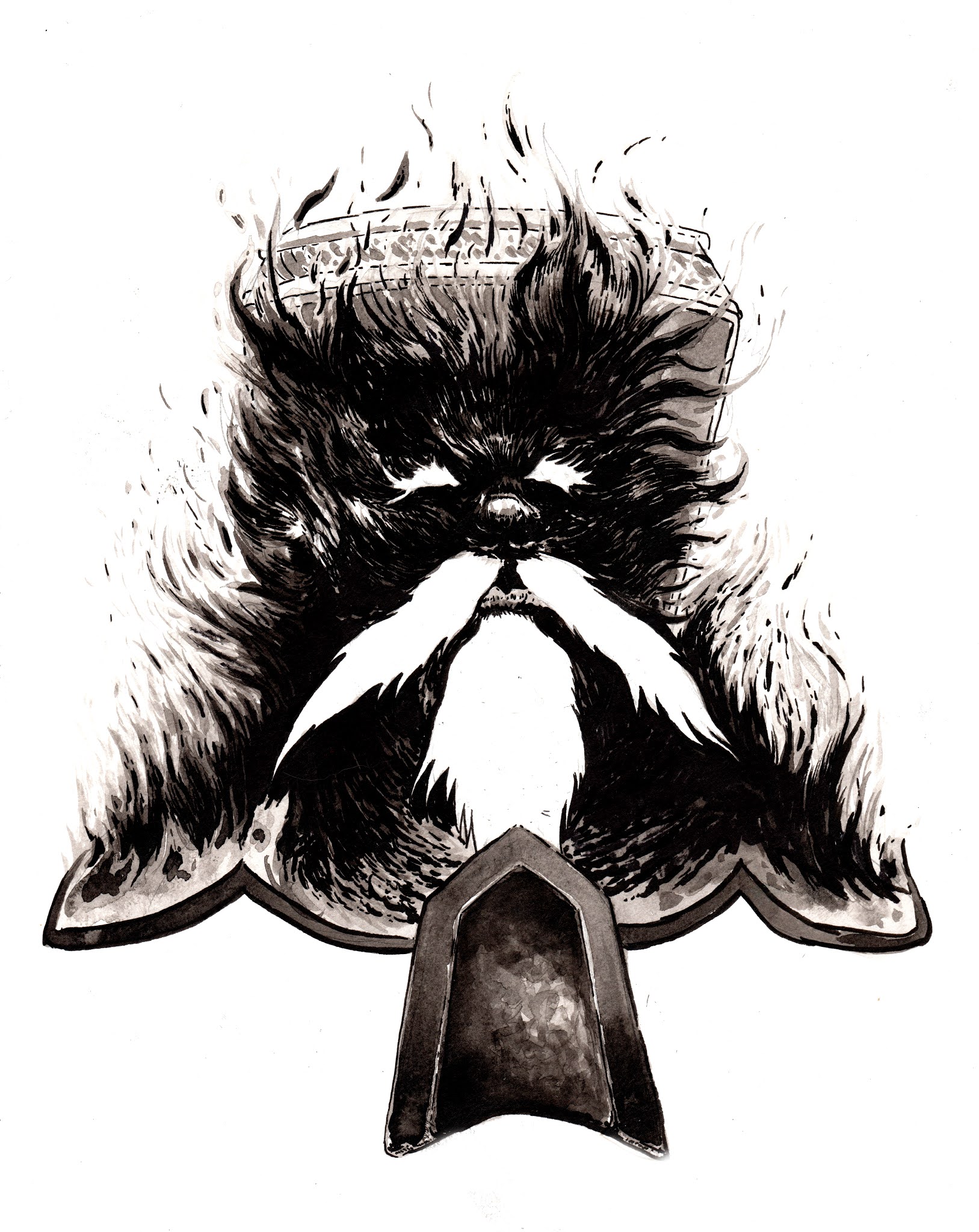 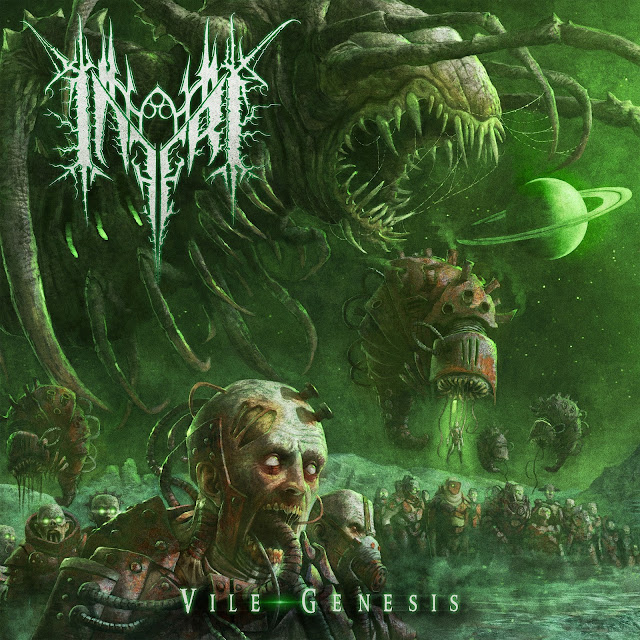