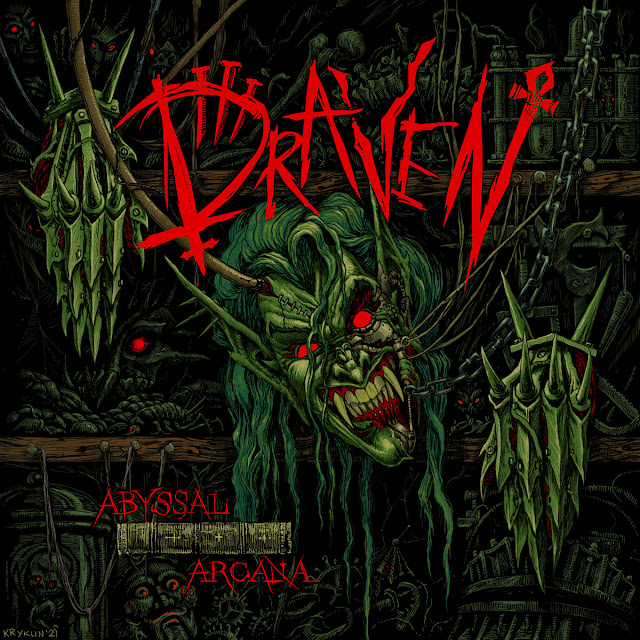 Le projet grec de Darksynth / Horrosynth, Draven vient de dévoiler son nouvel album Abyssal Arcana. Il est disponible au format CD et digital, vous pouvez le découvrir ci-dessous en streaming intégral.
Il a été mixé et masterisé par Frank Sinistra et Louis De Funeste de We Are Magonia, l'artwork lui est signé Serhiy Krykun.
Voici l'histoire qui se cache sous ce nouvel opus : "The city air is ripe with terror.
Her citizens seek refuge from the streets, overrun by the nefarious VampZ.
The city's name is NECROPOLIS, and they are honoring that name.
For they impose a blood toll, and they're determined to collect.
Above the city stands Deamien Raven, the curse of old, Necrogenesis, watching.
No longer was he a prisoner, a lab rat of the priests. Free, furious, and resolute, he concocted his plan:
His new era, purged of damnation, reserved only for himself and his creation, his perfect human being. This would be his grand design. He alone would erase the failure of the priests and declare himself the harbinger of mankind's salvation.
The key to his plan coursed through his veins. And he would share it. But humanity proved weak and fragile. None who received his blood survived.
The human soul was incompatible with Draven's darkness. He needed answers and he knew where to find them, staining the pages of the forbidden book.
The work of heretics. “The Abyssal Arcana”
It mattered not that the measures were extreme. Draven would achieve his goal, or the world would burn.
The Priests' tongues were certainly difficult to loosen. Draven discovered, however, that they were pretty easy to rip out with the use of pincers.
The captive Priest's scream as he slid a little lower on the impalement stake brought Draven back to reality. He approached the Priest with great malice in his eyes and a drill in his hand.
"Your pain ends when you tell me where the Arcana is. Or this goes into your eyes"
"Abomination. You will never lay eyes on those pages".
Draven smiled a foul grin. With one hand he grabbed the Priest's jaw, with the other he drove the drill through the Priest's right eye, his screams echoed in the dungeon.
"On second thought, I'll leave you one good eye. I want you to watch. To be able to see what I do to you next. You Priests are tough. But be it with the use of drugs, acid, or the brazen bull, I have the means to break you".
WHERE IS THE ABYSSAL ARCANA!?
As he made his way through the dark corridors, in the vault underneath the priory, Draven couldn't shake this newly discovered feeling. Unease. An ominous pressure polluted the air.
He was being watched.
The Coranti, the sealed keepers of the Arcana Archives, were awake. "
Tracklist :
01. Forgive Me Father... - 01:46
02. The Horrifying Autopsy of Deamien Raven - 03:15
03. Cauchemar Noir - 03:56
04. Silver Coffin - 03:23
05. Children Shouldn't Play with Dead Things - 03:58
06. BloodGod feat. Dav Dralleon - 04:17
07. Demonic Incantation Blues - 03:17
08. Impalement & The Brazen Bull - 03:16
09. A Horrorsynth Symphony - 03:39
10. The Conjuring feat. CONNÖR - 05:11
11. The Intimate Portrait of the Devil - 05:16
12. Le Vampire du Grand Guignol - 04:35
13. Exsanguinated With A Drill - 03:43
Infos 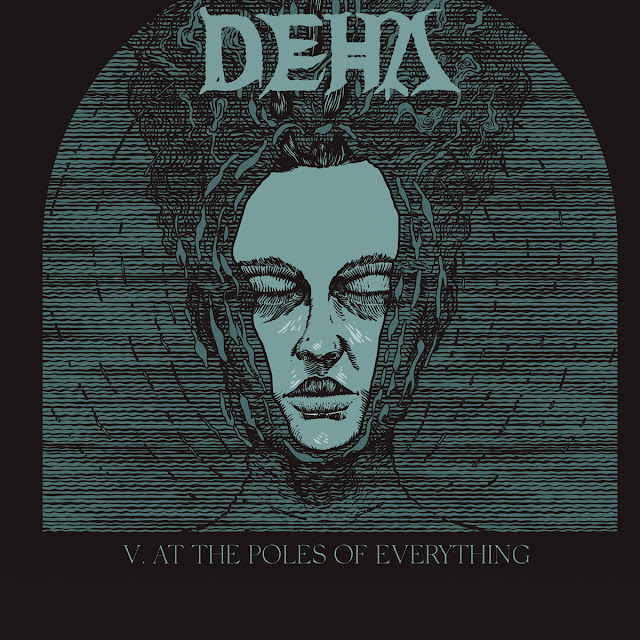